Although conditions today are not what they were during the time the LTTE was waging war against the state and assassinating political leaders at will, and the JVP was doing likewise during its second adventure in 1988-89, political leaders in Sri Lanka continue to be a tightly guarded lot. The police have various divisions called the Presidential Security Division, the Prime Ministerial Security Division and the Ministerial Security Division among others to ensure that the country’s political leaders are safe. Even ordinary MPs, whether they belong to the government or opposition have their own police bodyguards who often answer their mobile phones and do sundry other non-security related jobs. One former MP was accused of getting her officially provided (and taxpayer paid) bodyguard to work on a paddy field belonging to her and do domestic chores! 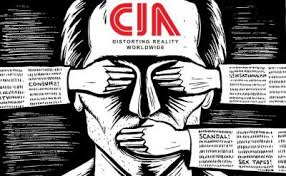 We say all this in the context of recent reports that there has been a plot to assassinate President Mathripala Sirisena. This is currently under investigation and where such inquiries will eventually end is anybody’s guess. Following newspaper reports, including one in The Hindu which is widely respected not only in India but also in Sri Lanka, that the president had alleged at a cabinet meeting that India’s Research and Analysis Wing, widely referred to as RAW, was plotting to assassinate him, the president first told India’s high commissioner in Colombo, Taranjit Singh Sandhu, who sought clarification, that he has made no such allegation. Subsequently he repeated this assurance to Prime Minister Modi personally in a telephone conversation initiated by the Sri Lankan leader.

RAW like the CIA in the United States is no angel. Its activities supporting Prabhakaran and the LTTE which at one time trained and was based in India is well known. We in Sri Lanka have much to be grateful for to the Indian press, including The Hindu, which exposed such activity at that time. The days when national newspapers the world over acted on a creed ‘My Country Right or Wrong’ was by then long gone and skullduggery by states in many parts of the free world was being freely exposed by their own newspapers. Denials by Sirisena and the media division of his office that he did not mention RAW at a cabinet meeting has been publicly refuted by not just The Hindu but by N. Ram, the chairman of Kasturi and Sons Ltd. who are the publishers of the newspaper of which he was once editor-in-chief. He contemptuously tweeted “Another case of saying something wild and bizarre, expecting it to remain within a closed room and them blaming the media for the furor caused. The Hindu just did its job – truth-telling.”

Ram’s words would resonate with many. People are all too familiar with politicians, bureaucrats, businessmen and authorities of many stripes and spots conveniently going back on what they have said and blaming the media for misreporting, inaccuracy, taking words out of context and what have you when it suits them. The Hindu’s Colombo-based correspondent, Meera Srinivasan, had cross-checked the story with no less than four cabinet ministers who had spoken to her on condition of anonymity. While she has not revealed her sources, an ironclad journalistic ethic, her editors in Chennai and her publisher are convinced that there has been no misreporting. While we do not think that the Sri Lanka president seriously thinks that the Indian government or state is mired in a conspiracy to assassinate him, we do not discount the possibility that RAW had been mentioned. That, of course, resulted in the smelly stuff hitting the fan.

We said at the beginning of this comment that political leaders in this country, particularly its president and prime minister, are a tightly guarded lot. That was undoubtedly justified at a time the LTTE and the JVP were engaged in their bloody killing sprees. President Premadasa lost his life and President Chandrika Kumaratunga lost an eye. Lalith Athulathmudali and Gamini Dissanyake who may well have led this country were also cold bloodedly gunned down or blown up. The victims were legion and there was an undoubted need at that time for those at risk to be properly and professionally protected. But conditions have now changed. While not advocating in any way that our leaders are left vulnerable, we would say there is a need for continuing threat assessment as is done when security is sought by lesser beings, and measures adopted proportionate to the risk.

The information in the public domain at present is that a stool pigeon or paid police informant who is a self-proclaimed anti-corruption and anti-narcotic activist has produced recordings of compromising telephone conversations between himself and a DIG confirmed as authentic. The policeman was first sent on compulsory leave and has now been interdicted. There seems to have been a lot of foot dragging in the process deepening suspicion that the concerned officer enjoyed considerable patronage. Detailed statements from him have been recorded and recent precedents suggest that his arrest is imminent. Matters regarding firearms released to his unit have also surfaced during the investigation. All these obviously need thorough examination. The plot has thickened with an Indian national, described as mentally unstable by India’s high commission here, entering the picture. That may have catalyzed the RAW angle entering the equation.

However that be, a thorough investigation is essential. Prime Minister Ranil Wickremesinghe was meeting Prime Minister Modi in India yesterday. Hopefully and misunderstandings or misconceptions that have arisen over recent events would be cleared during their interaction because good relations with India must remain a cornerstone of Sri Lanka’s foreign policy.