Erudite writer Somapala Gunadheera’s article in the press titled ‘Selection criteria for prospective MPs’ lured my attention as I myself, as a concerned citizen, have been harping on the dire need to professionalise the membership of our National Parliament through my several, articles to the press, culminating with my presentation to the Public Committee on Electoral Reforms in January 2016.

While agreeing with Gunadheera’s submissions on criteria covering Age and Education, I wish to, at the outset make the following observations and suggestions in regard to his comments under sub-head ‘Control of Finance’.

Quite manifestly, it is the corrupt and antagonistic Preference Voting (PV) system (not the PR system) that has compelled the candidates to muster votes by hook or by crook, spending enormous sums of white and/or black money for their vote collecting propaganda. It also implies that the job role of a national Parliamentarian includes visiting his voters in the electorates as a primary job requirement.

Of course, it would have been right, in the pre-Provincial Council era (prior to 1987) where the MP was the indispensable demigod from whom voters were compelled to seek redress for all their issues and problems. In my view, if we perpetuate this system, all our Constitutional and electoral reforms will end up in square one. It is high time that we change and adopt scientific corporate management principles to run this country.

As we know, ever since the advent of the Provincial Councils in 1987 with nine provincial Parliaments, they have remained as white elephants because the Parliamentarians did not want to severe their connection with the local voter due to the Preference Voting (PV)system. Therefore, as exhorted by the late prelate Ven. Sobhitha Nayaka Thero, the destructive PV system which anyway is optional should be abolished forthwith through a simple amendment to the relevant laws. Then, the issues mentioned by Gunadheera will not arise again.

If I may expand a little more on the subject, since Sri Lanka is a very small developing country, it is befitting to embrace a simple political administration structure utilising its human capital in the most productive manner. Unfortunately, we are already burdened with a colossal political administration structure though not fully of our own making. There are 4,486 politicised Local Govt. members (I have recommended them to be de-politicised) and 455 Provincial Council (PC) members at the grass root level. At the apex of the pyramid is the Central Parliament comprising 225 Members (MPs). In other words, there is one MP for every two PC members.

Is it productive? We must remember that on top of it all, there is a powerful Executive President with a huge Secretariat and practically he is the final decision maker in solving many an issue coming under various Ministers! Thus, the solution to the increasing population is not to boost up the number of MPs at the centre which is already top-heavy, but to empower the 4,941 strong peripheral PC members and Local Govt. members with specified job roles and more financial allocations to work in the grass-root level electorates and ‘Grama Niladhari’ Divisions. At present level, the voters will still have 25 local politicians serving each of the 196 electorates.

Given this saturated decentralised political administration structure as mentioned above, the role responsibility of the 225 MPs at the Centre can be easily narrowed down to, framing and approving Country’s laws and policies in addition to approving and monitoring the National Budget and financials. Visiting voters in the electorates to attend to local problems and needs should be the function of peripheral politicians – viz. Provincial Councillors and Local Govt. members.

However, for monitoring the end use of budget allocations, the Parliamentarians may attend the occasional District Development Committee meetings as done hitherto. In such a scenario, the MPs at the centre should be residing in close proximity to Diyawannawa to perform their aforesaid sacred role. This step will no doubt ameliorate the present vehicle mania of MPs.

Further, under a system of ‘good governance’, the practice of going behind politicians, seeking undue favours through MP’s ‘chits’ should not arise. Indeed what was envisaged under the District Nomination system was to discourage the ‘MP chit’ system and save the MPs from political stooges and henchmen seeking undue patronage. The primary need is, to enhance the efficiency and productivity of the Public Service, the Sri Lanka Police and the Judiciary in order to minimise political interventions which in their wake bring waste and corruption. It is pertinent to mention that the new RTI Act will reduce political interventions to a great extent.

Coming back to the need for selection criteria for prospective MPs, obviously, the onus lies on the respective political parties who have been hitherto nominating their candidates on a district-wise basis, using ad hoc and biased criteria. They have to come of age and function as Professional, Corporate bodies. In order to achieve the aforesaid narrowed down objectives of Parliamentarians it is critical for the contesting parties to select their candidates through a robust, transparent, well-structured interview system in order to field the most efficient, reliable and genuine professionals (lawyers, accountants, economists and political scientists – both men and women) with country at heart, who as a national team can implement the respective party manifesto to the satisfaction of the voter and the country. If the task of publicity and propaganda is fully taken over by the party machinery, many professionals are bound to come forward.

The requirement to adopt a new set of stringent selection criteria in terms of the ‘Code of Ethics for Nominations’ initiated by PAFFREL and accepted by all parties is no doubt a right step to change the existing political culture. In the same vein, we venture to propose to dispense with the existing National list of 29 members and allow the parties to include their names too in the District Party lists, thereby converting the entire Party Nomination list to one ‘National list’ of Professionals presented on a District basis. As a result, all parties can technically nominate 225 National candidates though it may not be practical for smaller parties to do so. To meet situations arising from premature deaths or other unavoidable circumstances, each district list may be allowed three extra nominations at the bottom.

The district-wise party nomination lists should be prepared in the order of merit so that the parties can select the successful candidates in an unbiased, transparent manner, to fill the number of seats they have won based on proportionate district vote. Further, such merit list will also induce the voter to give due consideration to the quality of the candidates when deciding on his vote for a particular party.  But surely, 12 million voters cannot be expected to screen these 225 people for their credentials as hitherto being done under the PV system. Therefore, logically, their optional Preference Vote can be dispensed with, leading invariably to a much simpler, vote counting process as a bonus!

Party manifesto is the critical document for voting

It must be emphasised that the critical factor for voter decision should be the Party Manifesto which should be distributed among the voters together with the Island-wide nomination list, scheduled under each district well in advance of the election. Since the Party Manifesto is the ‘vote’ governing document, it must be made legally enforceable through electoral reforms.

If the aforesaid suggestions are implemented, we are confident that a group of 225 honest, efficient, decent, ethical and morally rich professionals with the country at heart will be elected to the Parliament. In the presence of such professionals on both sides of the divide, phrases such as ‘hung parliament’ and ‘stable govt.’ will become irrelevant misnomers.

Finally, we wish to propose that the fixed number of seats in the Cabinet also be allocated proportionately based on the national vote of contesting parties so that smaller parties like TNA and JVP too will represent the sovereign voter at all levels of governance, thereby creating a true ‘People’s Govt.’Moreover, it provides the solution to our internationalised ‘13+’ issue by justifying the ‘+’ component.

A paradigm shift in our political culture is imperative (it is already seen to be happening) where two sides will finally maintain a consensual relationship rather than a confrontational stance to achieve the common objective of developing the country and its people under a system of good governance.

We earnestly appeal to the media, all fair-minded citizens and civil organisations to pressurise the politicians serving in respective committees of the Constitution Assembly to re-tune their mindsets to evolve a patriotic assemblage of modern electoral reforms of our own anvil, to ensure a simple, fair, equitable and a productive system of governance in Sri Lanka.

Cartoon added by TW from internet 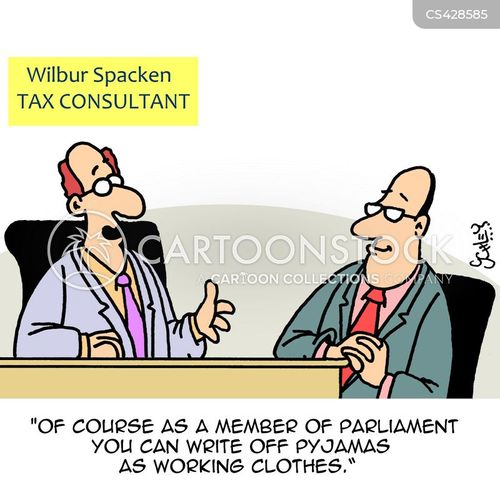