The country’s best brains in the genre of constitution drafting are supposedly busy inking the next constitution. Consulting, deliberating, comparing, and opining indefatigably to give birth to what would be the third constitution since gaining independence. An arduous task, let’s wish them well.

The above process analogous to a pregnant mother seemingly away from the public eye until delivery date. With the onset of pains and attendant anguish the inevitable will have to be endured. Childbirth after all is said to be one of the most challenging and painful, though immensely rewarding. True rewards not very apparent initially, they can even be a trifle obscure. Just like a child’s sustenance is not known, life span unknown, deeds unknown and whether he or she will be happy, unhappy too is unknown.

The fate of the third constitution similar in different circumstances. At present, nothing is known. Whatever that’s circulating is hearsay hence un-substantive. Countenancing head-on the fickle and fortuitous vagaries will ultimately determine the true character and grit of the new constitution.

A nattami carrying goods at Manning Market; the National Flag is seen on the wall in the background – Pic by Shehan Gunasekara

Mother Lanka will soon go into labour. Her previous children abused, perverted left in a state of moribundity. Euthanasia inevitable option. Much fanfare lined for the new delivery as expected, a new beginning. Let’s hope the third child is blessed with longevity and would usher in the much-needed prosperity In sha Allah.

As Sri Lankans we have a notorious yet idiomatic reputation to talk about unborn children, unborn legislation, unborn anything. We engage with it in the most heroic terms affirming a robust political ethos. This is more so in rustic milieus of Sri Lanka. Rural folks sitting on improvised seats supported on coconut trunks placed right beside traditional wattle and daub kiosks would not feel the time passing. Sipping “kahata” with “hakuru” and reading the previous week’s ‘Lankadeepa’ would desultorily engage in such inane bluster. Their braggadocio would have no limits. A keen listener would get the opinion as if they had taught either Professor Emeritus Keith Moore or late Constitutional Lawyer K.N. Choksy. Such would be their confidence.

Demagogues in the opposition have already reached a verbal crescendo. The so-called Joint Opposition will have their fair share of fun and entertainment when the baby is finally delivered. The talented ventriloquists though seemingly handicapped by their number one protagonist presently in less salubrious surroundings. Nonetheless they’re bound to put up a grand show. Melodrama will take centre-stage closer to the date. Rehearsing is already underway. 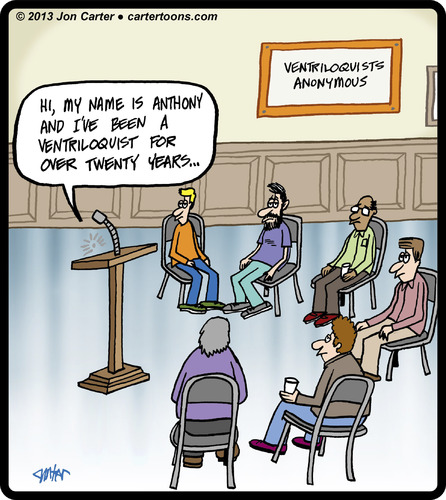 Uniquely crafted verbal pyro-techniques in poetry and profanity are already hitting the waves. All in the name of their irresistible love for the country and its people. Stern admonishments to the so-called “inimical” foreign forces at whose behest according to them the new constitution is taking shape. Lots of fun in store. When the final date of delivery is announced possibility of fisticuffs not ruled out. The usual visuals will intersperse, an ocean of white clad gentleman brandishing whatever and on the “thadibana” mode. Cautionary note – ensuing fun only appropriate for a mature audience.

We don’t seem to learn from history

From the Portuguese invasion of our island nation in 1505 till we gained our independence in 1948 a good 450 years we remained meekly obedient, there were some spasmodic resistance no doubt. The Dutch too had their stay. Who could forget or forgive the British. The moment the “sudda” left our problems began to unwind one by one. As a nation, we don’t seem to learn from history. It seems political avarice has no boundaries today.

Most Sri Lankan politicians, maybe due to historical, demographic and other reasons, erroneously thought that a functioning democracy is mere criticism alone, regardless. Always batting for the home side, lax and inconsiderate of the genuine grievances of minorities. So much so when an issue affords political expediency relentless pursuit is made to the point of being negligent on core principles. No amount of constitution making would suffice if what’s in the constitution is not understood and implemented.

The fundamental basis for government and law is to synthesise and move forward and uphold the concept of the social contract via a legitimate and acceptable document. This is the need of the hour. Theoretically the objective of a constitution is to define the terms of the social contract. This contract involves the retention of natural rights, acceptance of liberties and the pooling of powers to be exercised collectively.

A constitution has to establish institutions, offices, procedures, duties, and structures that persist from one assembly to another. Devolution is already an existential reality in Sri Lanka, hence this process will have to be further improved and validated. Other issues like laws, taxes, Government officials whose jobs continue beyond transient assemblies too need attention.

The following is a legitimate snapshot and timeline of constitution making in Sri Lanka:

The third constitution within a space of 44 years, 30 of it spent in conflict. Remember vividly travelling with my uncle in his red Toyota Corolla. I was a teenager then. The date – 23 July 1983. Negotiating sizeable debris and smoky embers emanating from burnt vehicles. They were strewn all across the streets of Colombo. Trauma too piercing, lived with me for long years to come. Lives lost, properties lost, confidence lost and opportunities lost. Petty politics robbed the future of Sri Lanka.

An articulate and iconic Oxford erudite from whom a lot was expected relegated English, depriving an entire generation if not more of a decent English education. Discrimination, discord and devastation soon ensued. (The reference is obvious-TW) This is just the tip of the iceberg. Instilling a strong sense of patriotism and holism in minorities, especially in Tamils still a challenge. Let’s hope the new contract is more objective, inclusive and holistic able to elicit everyone’s consent and interest. Let’s also hope no more drawbacks, no more squandering.

As long as the social contract is coherent, comprehensive and cohesive threats emanating from any direction could be dealt with. Let’s not forget geopolitics is a salivating mongrel, our disunity their pathway.

The Asian continent is the most populous continent, the most religions too. Religion a very sensitive matter here. Most citizens in the region devout in varying degrees. Largest religion in Asia Islam, practiced by more than approximately 1.1 billion. Religion is the very essence and character of Asia, this cannot be changed. Also the birthplace of many other religions namely: Christianity, Hinduism, Buddhism, Confucianism, Taoism, Jainism, Sikhism, Zoroastrianism, etc. Sri Lanka has four of the above religions and passionately practiced in the country. Sri Lanka too no exception when it comes to ardent and fervent faithfuls. Those involved in the making of the new constitution must take due cognisance of this existential reality. Faith of people with its daily, weekly, monthly and yearly rituals give them moral inspiration, the popular legitimacy, the internal strength to demonstrate their beliefs and endure trials and tribulations. A firm and irrevocable constitutional guarantee for freedom of religion is therefore a sine qua non. Every Sri Lankan must be able to practice his or her religion sans hindrance, intrusion or impediment.

Speaking for the Muslims, they have to attend mosque five times a day, every day. A Muslim may live without food but not without praying. A mosque a visible public property just like a temple, church or kovil. Its multiplication if any represents a need and certainly not an attempt to terrify or terrorise. Constitutional consonance and insulation for the free and unhindered practice of religion and preservation of religious property is therefore is of serious national importance. The promulgation of a special charter in this regard too most welcome. Secondarily the right to work or start a business is essential for the good living and the fulfilment of various needs of a person in a democracy. Every modern state strives diligently to fulfil this basic right with full protection of the law. Economic democracy has to essentially thrive for the edifice to hold strong. Without this healthy process the system will deteriorate, disintegrate and dissolve. Therefore, strong constitutional underpinnings must be cast for the protection and preservation of all economic and religious entities of the country.

The new constitution if allowed to be subverted and perverted like previous constitutions at the whims and fancies of power hungry politicians the social contract which the constitution represents will be undermined and impaired. Its sacrosanct nature severed and removed.