“Yes, it is true that there is rampant corruption in the Government even now as we inherited a corrupt system from the last administration and practices of that regime were yet there,” Minister for Strategic Development & International Trade, Malik Samarawickrama had accepted in an interview with Ceylon Today on February 12, 2017.

This ad hoc coalition was not voted to Government to provide such excuses even after two years in power. The promises at two consecutive elections were not just to investigate the previous Rajapaksa rule for mega corruption.

The promise was to ensure clean and democratic Governance with accountability and transparency.  Yet, Sri Lanka under this “good governance” unity rule has slipped down the list of the corrupt, during their two year rule since January 2015.  When Rajapaksa was voted out of power, Sri Lanka was rated 79th corrupt country in the world by the Transparency International. During the past two years under PM Wickremesinghe (19A bifurcated the position “Head of State & Government” into two, making PM the head of government) Sri Lanka was consistent in slipping down to 83 in 2015 and 85 in 2016.

This “unity” government for over 02 years has failed to perform and deliver on promises made. It is into heavy corruption, with the top three in Government who plan and run the economy, public finances and approve all development projects publicly accused of big time corruption. 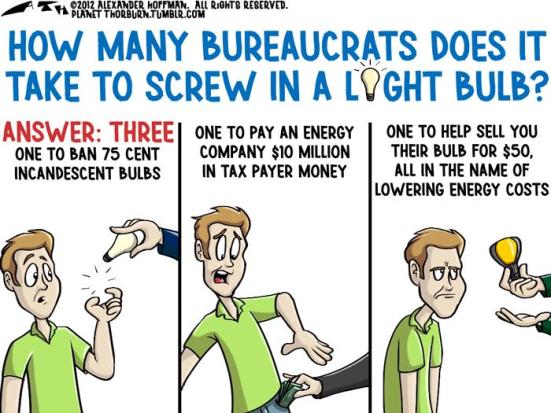 There are many reasons why it is so. First is the fact that over the past 40 years since President Jayewardene opened up the economy for unrestricted free trade, every aspect of socio political and economic life along with social values, morals and ethics went through serious and drastic changes for the worst.  Political parties changed into power blocs without any democracy within them and became wholly dependent on private sector funding for their existence.

It is a fact there cannot be big time corruption in any major project, IF the Accountants stick to professional conduct. But they sure don’t. Free market economies don’t need clean and efficient judiciaries and law enforcement agencies. Independence of the judiciary depends on non-partisan investigating and prosecuting agencies with lawyers upholding morals and ethics that is no more. A girl who was raped when 17 years old, represented by Lawyers in Courts was 31 years when the ruling was made.

If all components of a judicial process including lawyers are clean and efficient, no case could get dragged for decades. That not being so, the Bar Association of SL (BASL), has also turned out as a heavily politicised organisation sans professional responsibility. The type the free market economies nurture. The medical profession is no different or far worse. Their professional association the GMOA plays truant with “free” health to nurture private practise.

They are the main factor in promoting investment in modern private hospitals and making private sector health service extremely lucrative. Their hard line on “free” education therefore is a fraud with “free” health sabotaged for profits. Morals and ethics unknown to this profession, citizens who paid for all their education including 05 years of medical college studies and continue to pay their salaries, numerous allowances, DAT, over time and forego taxes for their duty free cars as direct and indirect taxpayers are charged for medical services by doctors to increase the size of their wallet undermining “free” health. (In SL, from the beggar on the street, every citizen pays indirect taxes that account for 80 per cent of the total tax revenue of the State)

With heavily politicised State administration, public officials in ministries and departments are complicit in most mega corruptions. Ministry Secretaries are the Chief Accounting officers in all ministries. No minister could rob, unless the Secretaries aid and assist. Free markets in neo liberal economies are that. This free market economic model which is an urban phenomenon is all about corrupting governing systems for unrestricted profiteering. It needs professionals to run the systems for bigger and bigger profits.

We therefore have a growing urban middle class that competes for income gain and wealth necessary for cosy expensive living. They therefore wouldn’t want any dent on the status quo within this free market economy that allows them the privilege to amass wealth. Forty years of neo liberal free market economy would not be anything else. Globally the middle class intellectual thinking had been groomed to fit into this liberal democracy as its main consumers.

In SL as in all neo liberal economies, private business provided with long term tax holidays, tax waivers, tax reductions and State funded special concessions for land and infrastructure, have invested in mainstream political parties to influence government policy in their favour.  All governments voted at elections therefore have been more corrupt than the previous government. Within this accelerated corruption with political parties funded by the corrupt, the liberal consumer democracy provides the urban middle class a competitive but a comfortable and a privileged life.

They thus take over the responsibility of promising society of “controlling corruption” through “reforms”. Unless the society is told this mess can be cleaned up, this free market economy the urban middle class grows in, could be challenged by the majority who are left out of it. The only advantage the present urban middle class has for now in maintaining the status quo is the dilapidated “Left” including the JVP that has no intellectual contribution in proposing alternatives.

The neo liberal free market is therefore accepted as the only plausible “development” model by society with middle class led anti corruption campaigns. The type we saw even in India with Anna Hazare who came on the streets before Narendra Modi got his act together and faded off thereafter. None had succeeded in cleaning up corruption and voting clean governments to power in neo liberal economies. These anti corruption campaigns nevertheless are given social space in neo liberal democracies for they help in changing governments to continue with neo liberalism.

In Sri Lanka Rev. Maduluwave Sobitha Thera is recognised and respected for the change of government in 2015 January as it was with Anna Hazare, the hero in pre Narendra Modi India. These middle class anti corruption campaigns lead to nothing but change of governments but not the corrupt free market economy.

A change of government in 2015 January helped continue with a tested and proved corrupt economic model that can never be cleaned up. Frustrations in these neo liberal economies that marginalise the larger majority, lead to majoritarian anti secular fanaticism.  It is a necessary political factor in continuing this free market neo liberal economy. The Sinhala Buddhist campaigns here in the South led by the Joint Opposition and other Sinhala extremist groups as that of the extremist Hindutva campaigns led by RSS and its affiliates like the VHP in India, are necessary political developments.  They grow louder than “anti-corruption” lobbying shifting the social mood from economics to “patriotism” of the majority.

Electoral and Constitutional reforms the middle class champion as necessary for cleaner and accountable governance thereafter are compromised to win the support of the majoritarian fanatical vote at elections. The dilemma of the TNA leadership as with frustrated middle class elements is in their inability to read politics of neo liberalism.  In their inability to understand the sheer crudeness of neo liberal democracies in free market economies that require a compromise with “majoritarianism” for continued profiteering in an unrestricted economy.

It is therefore necessary to demand alternate democratic “development” strategies for far reaching democratic and inclusive reforms.  It is Necessary to demand an alternate “development” model to this neo liberal economy that would also accompany power sharing in a participatory democracy.  The absence of which, allows this “unity” government to continue as corrupt or more corrupt than the Rajapaksa regime compromising with Sinhala Buddhist demands for political survival.  Good governance therefore is nothing more than mega corruption within this economic model that breeds inequality, breeds injustice and breeds racial and religious conflicts too.