“And among His signs is this that He has created for you mates from among yourselves, that you may dwell in tranquility with them; and He has put love and mercy between you…” – [Quran – 30:21]

Committed in the name of love of women, out of hatred or as a punishment, incidents of rape are definitely on the rise. While the act of rape needs to be considered as a violation of a woman’s (in most cases) right to her body and honor, and not just as a forced sexual act, it is important to address this burning issue taking into consideration all related matters and in a comprehensive manner, including highlighting the importance of preventive measures.

Vidya Sivayoganathan, a beautiful flower, breathed her last few days back after enduring untold brutalities in a supposedly civilized world. Having attended a candle-lit vigil at Colombo’s Independence Square yesterday in memory of the victim, I believe the need to address and contain this inhumane criminal trend should figure among the top priorities of any government in power.

While seeking home-grown solutions, one must have an open mind and it should be tailor-made to suit our country and society. Civil societies and feminist movements may want the death penalty imposed and or bail denied for suspects, but I am of the view that a holistic approach is needed, hence the need to begin examining, 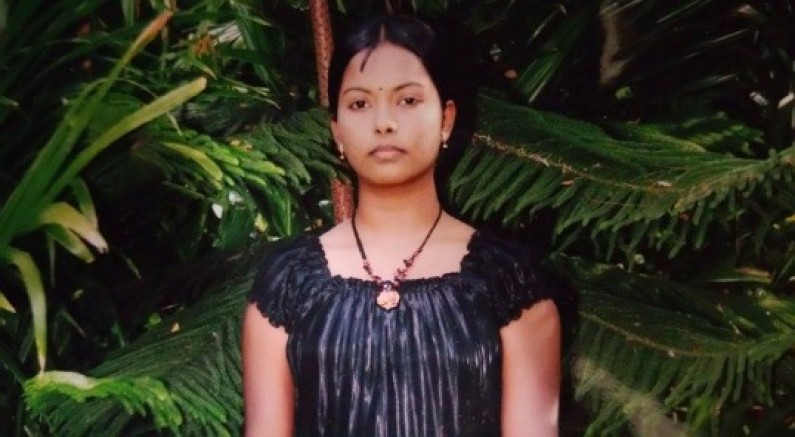 While studies have revealed that male rapists in general don’t suffer from any particular medical conditions that could relate to their violent behavior, I believe contributory factors include sexual deprivation, obsessive behavior, broken families, lack of education, poverty, infidelity in relationships (on the part of their women), jealousy, and hardcore pornography among others. Being introverts in nature and more often than not, identifying or profiling rapists before the crime is committed is in no way an easy task either.

Taking in to consideration the number of rape cases 30 years ago and comparing it with current trends, would it be wise not to acknowledge positive aspects in this regard when living in an era where conservative values were more in existence? Once the damage is done, punishing the perpetrators even to the fullest extent of law does not necessarily bring about justice or closure to the victims and/or their families. Hence, the need to establish professional tri-lingual counselling components in order for them to recover from possible emotional/psychological trauma they probably would have undergone.

Data collected over the years from research statistics shows us how almost 80% of the victims knew their offenders. In this scenario, would it not make it a fertile ground for rape when women freely intermingle with little known male strangers especially when there does not exist a pressing need to do so? And now that intoxication has become quite fashionable amongst the young and old alike when in the company of the opposite sex, would it also not make a perfect setting for one to transgress limits when his/her vision and level of comprehension is seriously impaired?  When laws against making lewd remarks, sexual innuendos, whistling, teasing etc. are absent, or when those demeaning practices are widely prevalent against women in public and that which has been an accepted norm, does it also not give rise to a generation of unruly and disrespectful men who may have a higher likelihood to take the abuse of women to a higher level?

In all fairness to the men and more often than not, women too need to take responsibility for rape figures to reach astronomical heights. It is no secret that when skimpily clad woman or in a two piece bikini flaunts herself, it is always another vulnerable woman living somewhere else who ends up paying the ultimate price. Reaching middle age, while I am yet to understand the rationale behind a woman’s need to wear ‘Victoria’s Secret’ thongs when at a beach or a swimming pool environment, I keep foolishly thinking that one may find it impossible to swim should their attire be of knee-length. May be it is about time I get some swimming lessons.

While I respect their freedom to choose, shouldn’t women use the same in a manner where they don’t attract unwanted attention at the same time? Shouldn’t women also be conscious of any social responsibilities… especially when living in a conservative country where it is a far cry from Ibizas and Miamis? Would it also not be sensible/practical for women to be modestly dressed when in public as against educating or expecting the entire male species to ‘look-but-not-touch’?

Giving a hypothetical example, the need for a single or for the deprived woman to attract a good man should be accepted as her universal right. And while at it, she also has the right to show her cleavage or her legs as much to net the most eligible man around. The problem starts only when the woman attracts the wrong kind of man and unknown to her initially. Had it been a case where the man was interested in her only for her physical looks and for expectations of sexual gratifications, rise it does a situation where only the fittest survives, followed by the worst.

Adding insult to injury is when ‘educated’ ladies in the advertising sector objectify female models by making them don sexually arousing attire and for insisting on suggestive poses to sell wares and services of their clients. I guess the old saying ‘nothing sells like sex’ is true after all.

It is also unfortunate that fingers are automatically pointed at the armed forces every time a rape occurs in the Northern Province. Though it is true that there did exist a culture where rape was used as a weapon by the same forces especially during the war, it just might be a positive step in the direction of reconciliation for the armed forces to voluntarily set up a date base of DNA’s of all serving personnel. Let not actions of a few damage the reputation of a heroic lot.

Furthermore, seeing over-crowded court houses filled with lecherous men every time a woman walks in raises the pressing need to have separate courts to address rape case and marital disputes etc. This may also be an encouragement for the victims to come forward.

When gang rape occurs, it may be wise for authorities to offer a US-styled plea deal and/or monetary rewards for any information that could be of assistance in the prosecution of all suspects but the informant, even if that person would have been complicit in such a crime. The society would be better off at least when the rest of the perpetrators are incarcerated for the rest of their lives. In a nation of back-stabbers, this approach can be quiet effective even when other types of crimes are committed.

Nobody gets out of this world alive… and if few ‘rotten eggs’ are destroyed so the vast majority can live free of fear and intimidation, so be it. Capital punishments are more a deterrent than a punishment itself… at least in countries where Islamic laws are the source of legislation. Religious connotations or no, history has taught us that this ‘deterrent punishments’ indeed transforms societies into law-abiding ones. Criminals are not born… they are made. Let us not have anything to do with that process.

*The writer is an independent social/political activist and can be contacted at muhammedfazl@msn.com and through FB (Fazl Muhammed Nizar)